These five stories reveal what motivated individuals to plan for their future healthcare expenses now.

The subjects were compensated for their participation. All opinions are their own. Interviews took place in September and October 2018.

“In a survey of individuals who have long-term care insurance,1 people said one of the benefits is that they’re not worried about becoming a burden on their loved ones,” said J. Michael Collins, faculty director for the Center for Financial Security at the University of Wisconsin, Madison.2

Providing long-term care for a parent or other loved one takes effort on many levels, from emotional to financial. “A caregiver can’t work as much, so it has an effect on their time and their income,” said Collins. “They end up spending money on behalf of the person they’re caring for, as well. So that burden isn’t just perceived. That burden is real.”

Long-term care refers to a wide range of services that people may need if they’re chronically ill, making them unable to perform at least two of six activities of daily living: bathing, continence, dressing, eating, toileting, and transferring (such as getting out of a chair). The U.S. Department of Health & Human Services estimates more than half of Americans age 65 or older will need long-term care services at some point.3

Having coverage can help you better plan for retirement. If you need long-term care in the future, you won’t have to spend your income, savings, or discretionary money to pay for it.

“If I’m worried about the fact that I may have to come up with $150,000 in my 80s to pay down some of these long-term care costs, then that’s $150,000 that I can’t spend today, so I have to be careful,” said Collins. “I have to set up this emergency fund in case that happens. That’s money that I can’t use for other things I enjoy such as travel.”

Easing the potential hardship on their loved ones and having the freedom to pursue their passions are among the reasons the following people are considering, or have chosen, long-term care coverage. 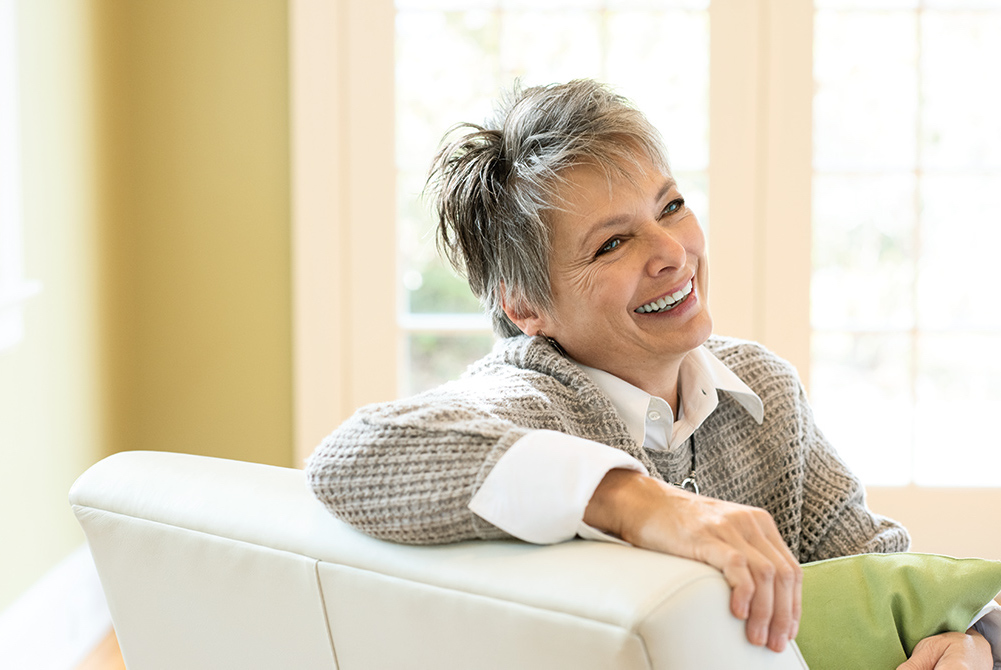 Leigh Brinkley, 64, is always willing to roll up her sleeves to tackle a challenge, from running her own graphic design business to fundraising for a local farmers market.

So it may be no surprise that she was the sibling out of her five brothers and sisters who took on the task of researching long-term care options when her father was ready to leave the hospital but not able to go back home.

The options were narrow, and that stressed Brinkley. “We didn’t realize that we were unprepared for an emergency,” she said. The family lacked two key elements to respond to their dad’s situation: “One, a plan and two, money.”

In researching long-term care arrangements, she learned about long-term care coverage. She got a policy for herself and her husband. She guided her now 91-year-old mother to a policy as well. “My great-grandmother lived to 101, my grandmother to 102,” Brinkley said. “I might be at that point at some time.” And if she is, she has a plan in place to pay for her long-term care needs. 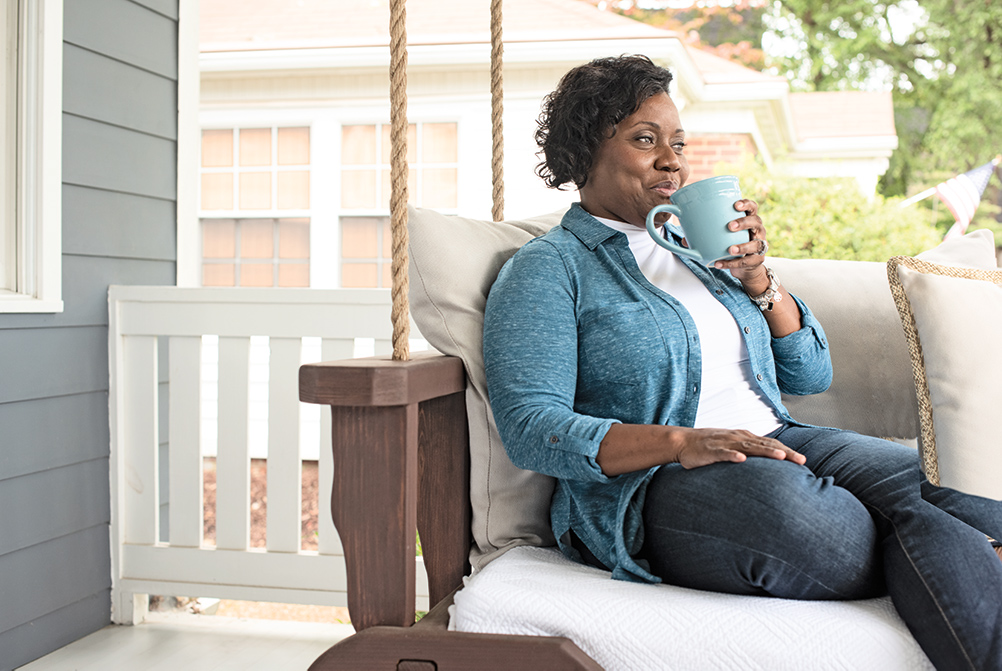 “I don’t want to spend time thinking about finances,” said Vanessa Whitley, 51, a technical assistant for a nonprofit company. Whitley sees herself continuing to do in retirement what she loves to do now: cook. That includes serving up dishes for events or potlucks.

A trip to Aruba is also on her list. “I would like to travel a little more,” she said, “but mostly just be comfortable. Live out my days peacefully.”

One way that Whitley sought peace of mind was through long-term care coverage.

Seeing up-close family members dealing with physical illnesses and the related costs are the main reasons Whitley has a long-term care insurance policy.  She can count four relatives who’ve had strokes or similar illnesses, but probably the hardest loss was in April 2018, when her husband of 14 years, Thomas, died at age 57 as a result of complications from kidney problems.

The loss knit the family, including her three adult daughters and 13-year-old grandson, even more closely. And it reinforced the value Whitley places on simple things like family time. “Everybody comes over for Sunday dinner,” said Whitley. “They’ve told me I make a fantastic macaroni and cheese, but that’s probably biased because they’re family,” she laughed. 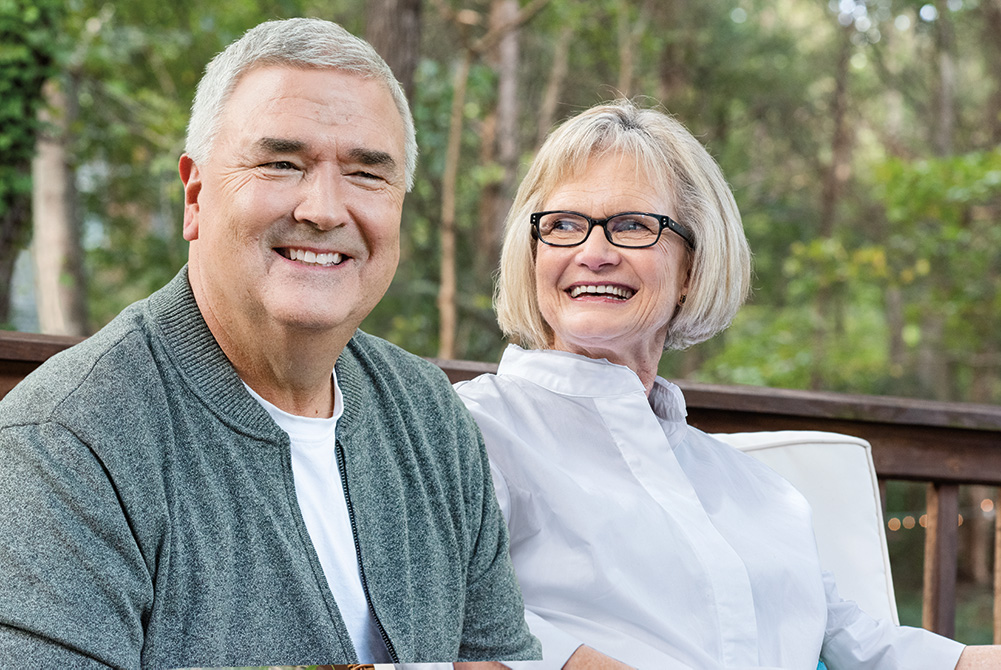 Gary Blankemeyer, 63, and his wife Debbie, 66, have seen a lot of inspiring stories of aging. Their mothers lived independently into their 80s, a widowed next-door neighbor has stayed in her own home despite needing some care, and the Blankemeyers themselves are fit enough to keep up with their two young granddaughters. “The only person I remember needing care was my grandmother at 99,” Gary Blankemeyer said.

But they’ve also experienced the financial implications of when immediate family becomes ill. Gary Blankemeyer’s brother Douglas was diagnosed with Alzheimer’s at age 59 and spent 10 years with the illness before passing away. Resources from his wife's father helped with care costs.

After that experience, the Blankemeyers knew having their two daughters and son chipping in wasn’t the way they wanted to pay for long-term care.

“I don’t know what their incomes will be as they get into their 60s,” Debbie Blankemeyer said. “We’re a little more aware of being prepared. We don’t want to burden the kids.”

After they purchased their coverage, they explained it to their kids simply: “‘We bought this; you need to know about it,’” Gary Blankemeyer said. “I always try to minimize the insurance I buy, but this is one we feel affects more than us.” 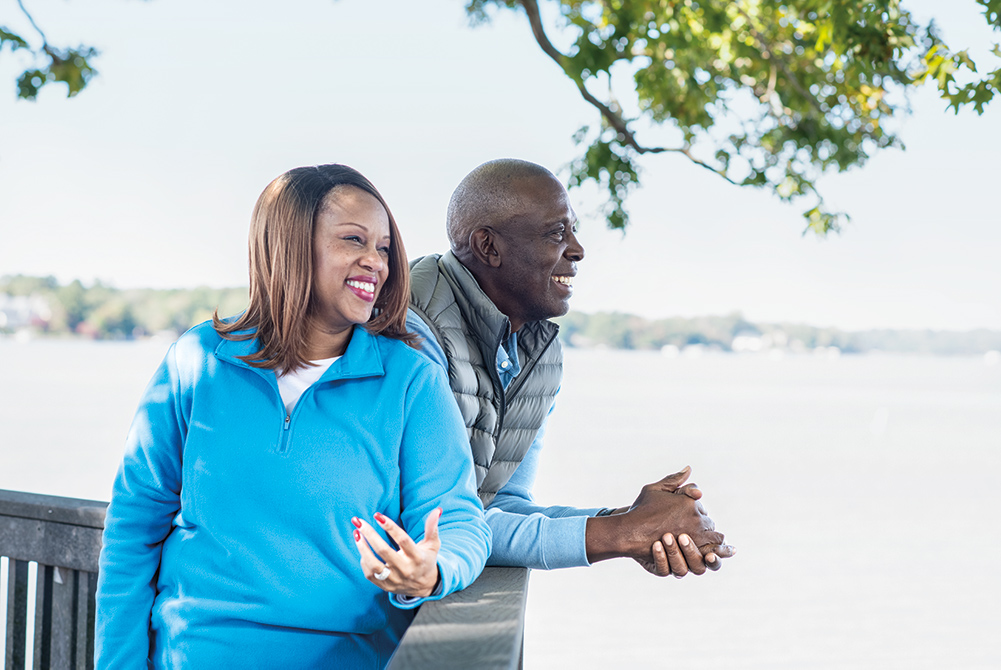 William Elmore, 68, traveled the world during his 20-year military career. His service exposed him to different cultures and places. That’s inspired him to want to do even more traveling, especially with his wife, Sharon, after she retires.

The Elmores say that having long-term coverage could allow them to better plan their retirement budget, knowing that if they need long-term care in the future, they won’t have to spend their income or savings on care costs.

Those freedoms are the main reasons the Elmores are looking to buy long-term care coverage.

The need to plan also hit close to home after William Elmore’s brother Sam, who died in 2018 at age 69, suffered complications from a debilitating stroke in his 50s. Sam Elmore did not have long-term care coverage, which the couple realizes would have allowed him to get care in his home longer.

“If we were to need care, we want to be able to live independently in our own home,” said Sharon Elmore, 53, an oncology nurse.

The Elmores also know that if they face a long-term illness and have long-term care coverage, it’s likely they won’t need to move in with their grown children — a daughter and two sons.

“It’s the assurance that if something happens, you’re covered, and you don’t have to rely on using somebody else’s resources, particularly your children’s,” William Elmore said. “That’s a great comfort.” 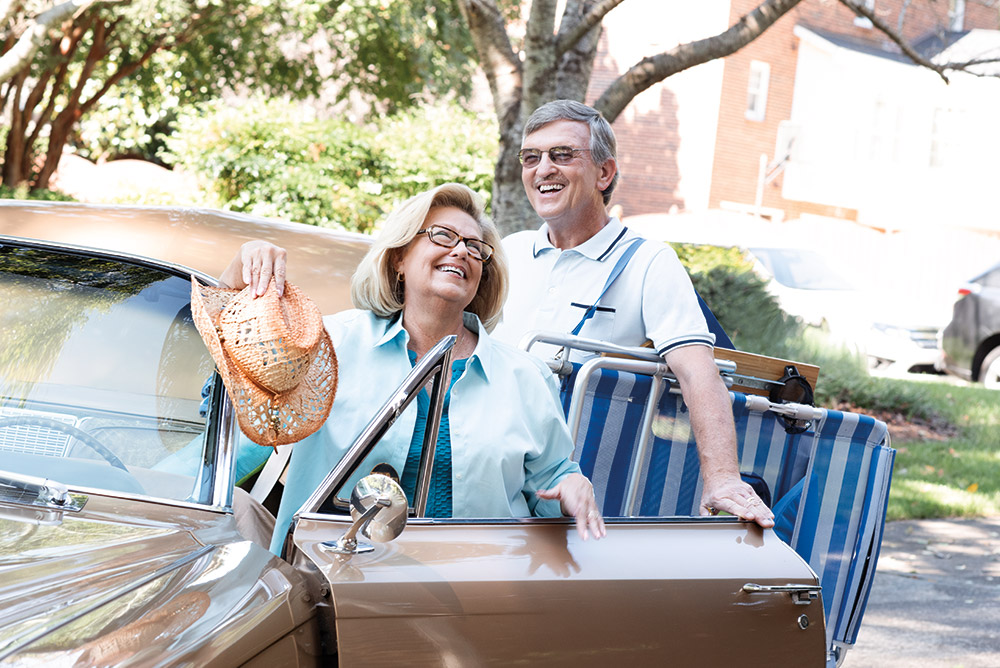 “I liked the idea that we’ve got some long-term care coverage for both Dianne and me,” Mike Lough said. “Yet if we’re fortunate enough that we don’t need it, I can pass the death benefit along to the grandkids. I’ll feel like I made a lot better choice.”

Today, they’re both retired – last year, Mike Lough closed out a lengthy sales career, and Dianne Lough was already retired from work in a university.

Other pieces of that puzzle – distributions from Mike Lough’s 401(k), pension programs, and their Social Security benefits – were already in place.

“It’s given us that last thing to know we have a level of long-term coverage, but also gives us the opportunity to continue to do the things we want to do with passion and vigor, like sand sculpting,” said Mike Lough.

The Loughs love sand sculpting along the East Coast but are also thinking of traveling to more exotic locales, including a European cruise with friends. Having a hybrid life insurance policy gives them peace of mind to pursue those hobbies, knowing they won’t need to use discretionary money to cover potential long-term care costs.

“We like to be able to go where the weather’s good,” said Dianne Lough, “whether it’s good for snow skiing, scuba diving or snorkeling – or good for building sand sculptures.”

Discover which coverage option is best for you
To learn more about long-term care coverage options, their benefits, and which may be a fit, talk to your financial advisor. This questionnaire can help guide the conversation.

May not be available in all states or firms.